Cycling has become a Canadian issue. Sooner or later, the bicycle will play a much bigger role in the lives of all Canadians. It is only a matter of time. Statistically speaking (if you take a moment to look), the vast majority of Canadians loves this. The/we/you want to be able to ride everywhere too badly. And even if you don’t, chances are very good that you would rather everyone else have a good time and be safe than run the party.

Eventually, all levels of government will catch on. Denmark had to work to become Denmark. Canada must do the same to be better.

How soon we all get there depends solely on the ability of our governments to understand how cycling works and their willingness to act. We’ve done our best. We have exhorted, explained, and organized. We have ridden, we’ve designed, we’ve presented. A lot of us even brave the torpedoes and go out and ride every day.

But we have reached a threshold where it no longer suffices to shift the impetus onto individual people. We can no longer simply say: “Hey you! Go out there. Go make some healthy choices.” while surrounding our communities in overbuilt infrastrucure that is loud, scary, unsustainable and pushing us further and further apart.

From a scientific standpoint, we now know – without a shred of doubt – that bicycle infrastructure is tied directly to usage levels and safety levels (as if countries with millions of people acting as clear examples for decades wasn’t enough). Want safety? “Put on a helmet” won’t cut it anymore. It simply is not our fault. In fact, if anything, whatever we do on a bike, we are part of the solution and safer and healthier than the alternative.

Cycling is a major driver of numerous positive social, environmental and economic shifts, too many to even list. It is an essential service. It make us more productive. It is a moneymaker. It is a serious means of transportation already serving millions with the added potential to be the backbone of public transit. What more can one possibly want?

Cycling has national and even global consequences, and the time has come for all of our governments to do something about it.

The right solutions simply need to rise to the top. Cycling infrastructure is one of them. 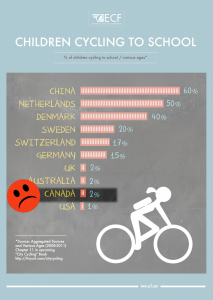 The reality is this: An individual can build a bike, but she can’t build a bike lane. It is up to the government to make those healthy choices possible. Build it and we will come.

With all the talk about gearing up for more “infrastructure spending”, it is clear that we have an opportunity to do something right this time around. There is a burgeoning general agreement that the status quo no longer works. 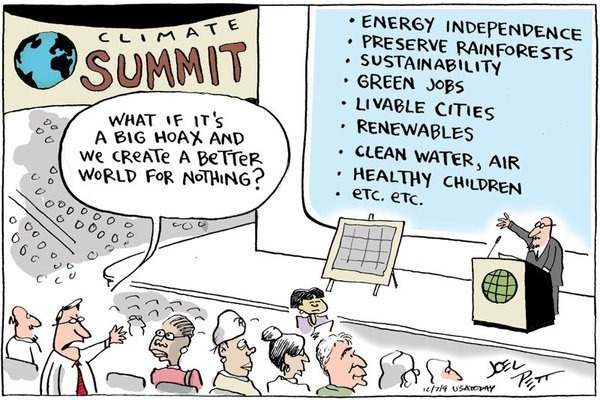 The gist: if we’re gonna ramp up, lets make sure there a better, safer more exciting Canada comes out at the other end. We cc’d a whole bunch of hardworking organizations across the country to demonstrate how serious this has become and because we know that, for them to, a bright future for Canada is only possible if get our priorities straight.

The letter itself ends with a call for a national cycling strategy. Going forward, we’re going to need the kind of nuanced and targeted approach that makes cycling tick all over the world.

Below is an excerpt from that letter: the 5 interim recommendations that would make for a much better Canada.

In order to maximize the benefits of any federal infrastructure investment, we recommend the following:

5. Provide leadership. As soon as possible, we recommend making a public federal commitment to increasing cycling as a form transportation in Canada. Making verbal public commitments and important gestures are one of the simplest and most inexpensive actions that can be taken by a political entity. Doing so would inspire municipal governments, provincial governments, non-profit organizations, government administration and the people of Canada themselves to do their utmost, knowing that we are united in our purpose.

About the author
Mr. Swanson is a consultant, writer, mapper, designer and former bicycle mechanic. Recent projects include CounterPoint, BikeWalkRoll and the winter maintenance guidelines for Calgary’s exciting new downtown cycle track system. His volunteer work runs from setting a new standard of bike-themed programming for youth in his hometown of Winnipeg (The WRENCH) to international Winter Bike to Work Day. He is a winner of the Queen’s diamond Jubilee Medal, nominated by the second Vice President of the Federation of Canadian Municipalities for work related to cycling and transportation. He is the Secretary of the Winter Cycling Federation, coordinator of the Winnipeg Trails Association and current Chair of Canada Bikes.