Home > News > Policy and Pavement: What it Will Take to Move Canadians

Policy and Pavement: What it Will Take to Move Canadians 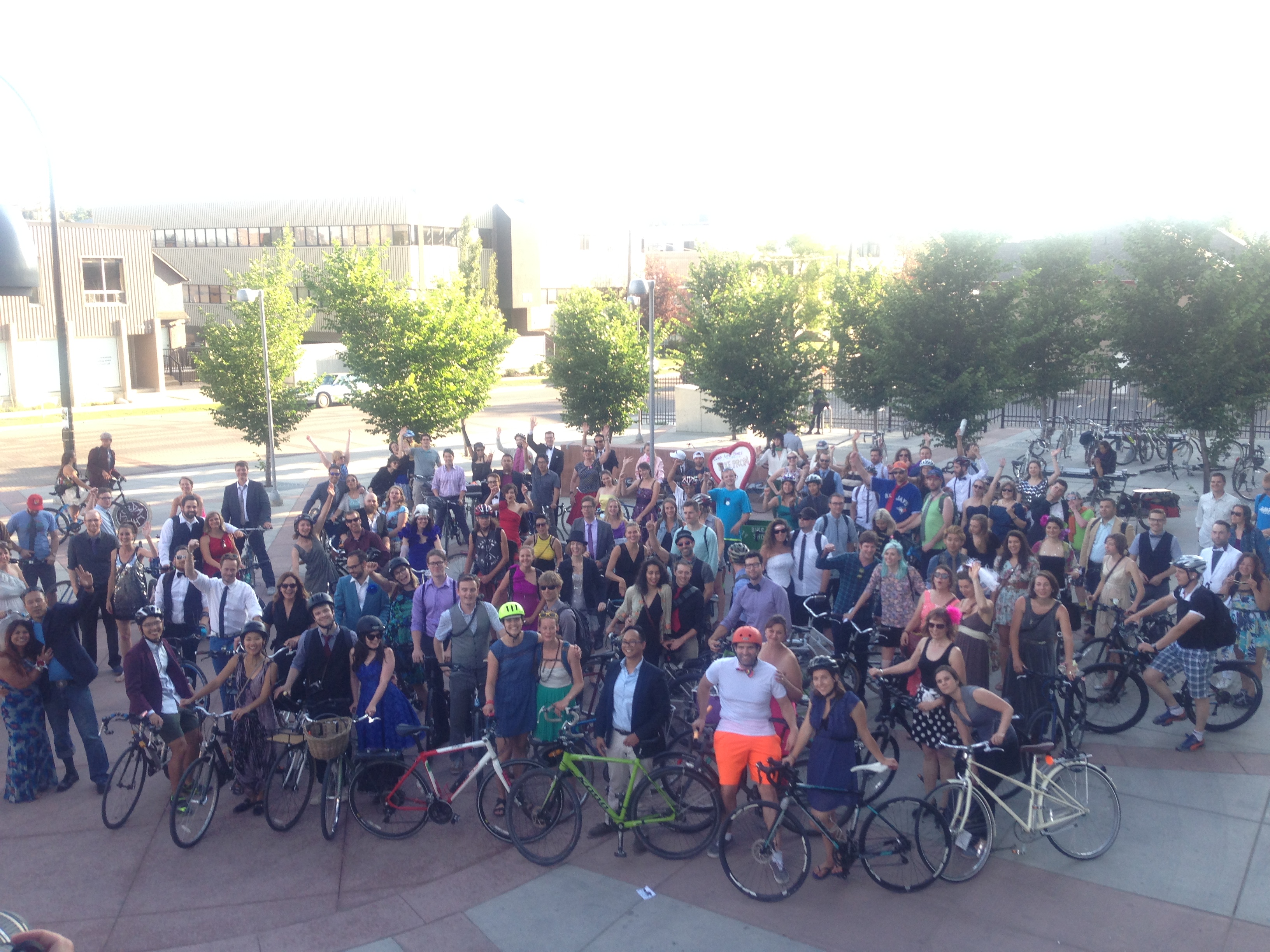 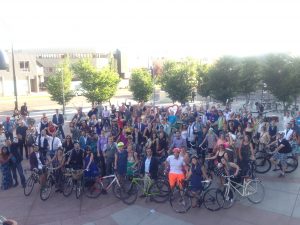 A cycling lens on the 2017 Federal Budget


Canada Bikes has two main priorities –  a dedicated cycling infrastructure funding program and a national cycling strategy. Both priorities hinge in part on what is contained in the annual federal budget.


Every year, we carefully scrutinize the budget, and along with our partners and allies, try to determine what it means for both the future of sustainable transportation in Canada as a whole, and single out the specific effects on cycling. Each year, we hope to see the federal government of Canada, like so many bike friendly nations around the world, fully embrace cycling. We work hard to be both useful to the federal government agencies that we see as partners and constructively critical when needed. We offer leading-edge policy advice and channel the passion, vision and expertise of our members and membership organizations across the country.


Our reaction to the federal budget this year can be characterized as cautious overall optimism, eagerness to support the leadership of the Environment and Climate Change Minister and a mix of disappointment, hopefulness and increasing sense of urgency for our need to see federal money flow directly towards bicycle infrastructure.


Cycling is Ready to Go, Say the Word

Overall, the wording in the budget contains promising language and the direction it outlines dovetails with what we need. The themes expressed all point to a government that should/would/does see cycling as having a profound positive impact in achieving its priorities. We know that many MPs feel strongly and share our vision. In fact, one could read the budget itself as a preamble to a national cycling plan. Almost everything in it would benefit from a lot more people in Canada cycling.


In many cases, the budget seems to be talking directly about cycling. Whether it is “shortening commute times”, becoming “clean and green” or keeping more money into the pocketbooks of the middle class Canadians, there are few things more powerful than free, clean, green transportation offering sustainability and independence to growing families, independent university students and downtown office workers.

The budget repeatedly mentions removing the barriers that keep people from achieving their dreams. As an organization, we represent millions of Canadians with one simple dream: to be able to ride a bicycle wherever we need to go. An Ipsos Reid poll indicates that 81% of Canadians want more bike lanes. We know just how good that is for our city, province, country and planet. However, while the budget does mention certain specifics, like electric vehicles or the Trans Canada Trail, it misses the opportunity to single out the word “bicycle” itself. For something so powerful, we think it should be mentioned.


We are extremely excited to see funding flowing to the Minister of Environment and Climate Change to develop robust national-level policies and coordinated, whole of government actions that will lead to critical results for Canada. We hope the Minister will join us again on Parliament Hill, for the 6th annual Bike Day on the Hill. On that day, June 1st, 2017, Canada Bikes is proud to be hosting the first National Bike Summit with support from Mountain Equipment Coop. and The Co-operators.

For our environment, cycling is, of course, all upside. We see cycling playing a prominent role, therefore, in any environmental strategy. Cycling, as a mode, has tremendous potential for modal shift away from the most energy intensive modes like automobiles to something cleaner, faster and more efficient like a bicycle. In a city, a bicycle is already the fastest way to travel. When you build the right cycle tracks, intersection treatments and pathways, cycling becomes safe and connected enough to get a lot of people to try it.

We’ve seen Norway, a country of 5 million, commit to $1.2 Billion in infrastructure alone as part of their climate change action plan. And when it comes to the policy work, a national cycling strategy has been a proven way for countries to marshall all of the actors to play their roles. This is a step forward. The importance of reducing things like greenhouse gas (GHG) emissions and increasing our resilience in the face of environmental changes cannot be understated.

The Minister herself has repeatedly underscored her commitment to cycling and we firmly believe her. We will be working closely with her – and MPs from all sides of the house who have agreed – to make good on her pledge to see Canada develop a national cycling strategy. We see this wholistically, which is why we are choosing to move forward on distinct strategies that address walking, cycling and safe routes to school.

We are proud to be founding a partnership with Canada Walks/Green Communities Canada and the National Active and Safe Routes to School Working Group and to be working with the Ministry of Environment and Climate Change to make it happen.


In May of 2016, along with a broad coalition of respected voices including the CAA, the Heart and Stroke Foundation, the Canadian Cancer Society, the Canadian Lung Association, Green Communities Canada, VeloQuebec, Share the Road and the BC Cycling Coalition, we submitted a $2.1Billion proposal over the next 3 years urging the federal government to create a dedicated cycling and walking infrastructure fund.


We see tremendous value in a robustly designed, inspiring fund that will support the cities already making moves on cycling. And we know it will not just allow those cities to do more, but that it will catalyse the rest to follow. We have a huge backlog of cycling projects spanning decades. We are ready. Since cycling meets all of the priorities laid out in the federal budget and so many communities know exactly what they need, the time to start building is now.

Unfortunately, we have seen no mention in the budget and we have yet to see the details.  While policy is critical to mapping progress, shaping priorities and setting targets, it is ultimately concrete and paint,  circuits and signals, tunnels and the bridges – the hardware that make up a first-class bicycle infrastructure network – that truly count. That is what will get more people riding, and there is no reason to wait. We are decades behind in implementation, with a backlog of quick to build, always popular projects already planned.

Just like a dedicated Public Transit Fund, we believe Canada would benefit from something similar for cycling and walking. We see it as key to build the kind of cycling networks that get people to work downtown, that make crosswalks safer for our elders to cross busy streets and that make adjustments to neighbourhoods to make sure they encourage not discourage walking or biking to school.

We do want to see transit agencies plan more bike projects, and are glad to have seen these become clearly eligible in early 2016. Cycling is, by virtue of its powerful ability to expand the reach of existing bus stops, rapid transit and train stations, transit’s best friend. In fact, cycling is arguably a mass transit system of its own, and is already one of the most cost-effective mass transit investments any city can make. But our transit agencies aren’t always set up to be able to take advantage of this nor should they need to. Just as importantly, many small and medium sized cities are too small to have a large or any transit system, but are perfect for cycling. And of course, there is the fact that most cycle tracks are built by public works departments. But active transportation is also slightly different. We can learn lessons from places like Scandinavia, the UK where dedicated funding exists. What we do not want to see is terrific massive transit projects and cost-effective but relatively inexpensive cycling competing for the same funding.


We think the next few months will be critical. It will be important that the federal government clearly signal its needs to municipal and provincial governments. We firmly believe that the appetite exists and that, just like transit, governments across the country will welcome federal support for something so profoundly positive.

The Road to Equality is Paved with Cycle Tracks


We are also excited to see the gender analysis being undertaken to ensure that the federal budget starts to address endemic biases that have tended to exist within power structures historically dominated by men. Cycling is a great emancipator. For women who choose to ride a bicycle to get where they want to go, this may be one of the most promising aspects of the budget process.

We already know when it comes to everyday cycling, Canada’s roads are shamefully overly adult male. For too long, the typical transportation system user has been characterized as the male household member heading to work in the morning alone in a car (which has, historically, matched the profile of the typical person making the decisions). The impact of this on the very structure of Canadian communities cannot be understated. The federal government’s investment in transit is a good start, but more needs to be done.

While men on bikes is a great thing, women equally seek the freedom to ride, but tend, statistically, to be underrepresented. Women want to ride as much as men, but as the gender split is 70/30 in Canada it means we have a roadway network that is inherently sexist. We find this to be unacceptable.

Our Call to Action


We have offered a clear, clean and healthy way forward. It is up to governments at all levels and us to work together to build a Bike Friendly Canada. This is a reminder that it always helps when the tens of millions of Canadians who support this issue make their voices heard: If you think cycling is a solution to the issues we face, tell someone.

As was the case with transit, highlighting the need for and the benefits of cycling networks to communities will help make the case for federal investment in cycling. Dream big. Be inclusive. Envision what your community will be like when cycling is safer and attractive for everyone young and old.

Right now, it is essential that we work together to make sure our government seizes the opportunity to act. 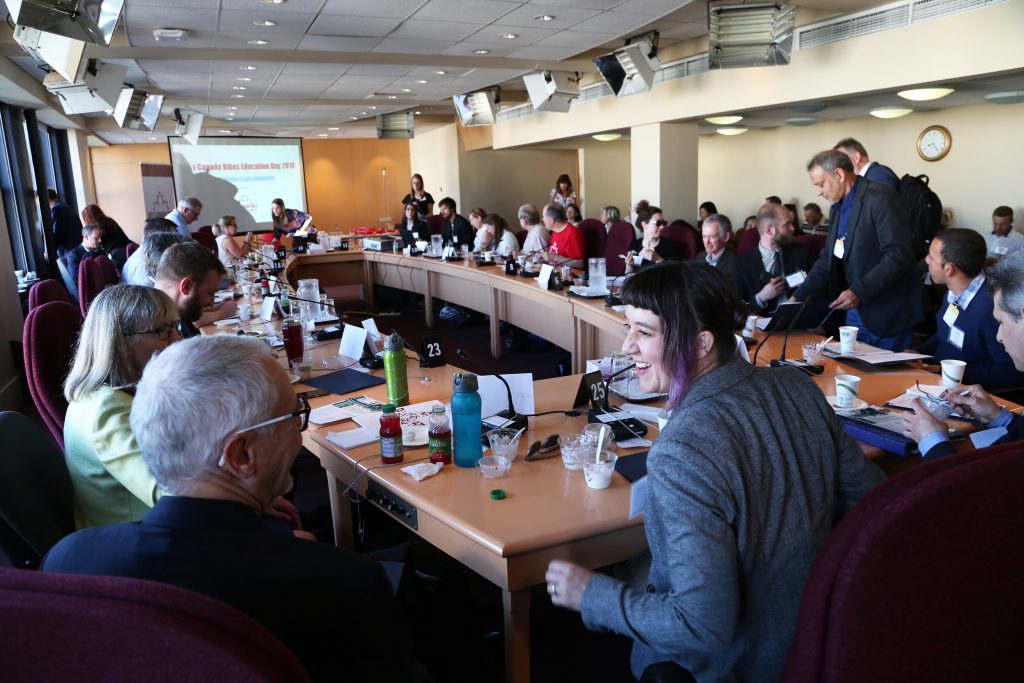 Our AGM is coming up on September 26th. Here is everything you need to know. Thanks for being part of the Vélo Canada Bikes family and 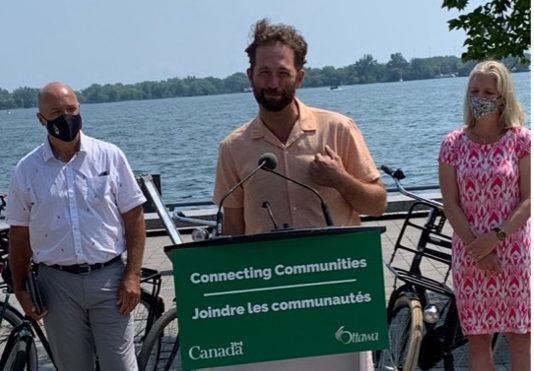 On July 28th, the Government of Canada announced the National Active Transportation Strategy. Chair Anders Swanson was there for the monumental announcement that was made 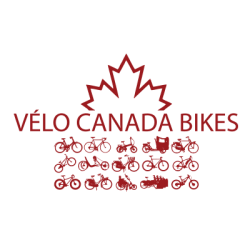